Sale of investment in blikk 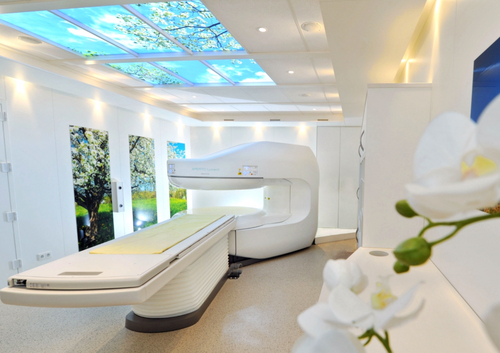 Frankfurt/Main, 9 July 2021. Deutsche Beteiligungs AG (“DBAG”) has successfully concluded its investment in blikk, a radiology group, by selling its shares in blikk Holding GmbH (“blikk”) to EQT Infrastructure V, a fund managed by EQT, a global investment organisation. The fund is long-term oriented and focused on the industry-specific and operational development of companies. The stakes held by DBAG Fund VII (advised by DBAG) and by blikk’s management will also be sold. Corresponding agreements were signed today. The parties have agreed not to disclose the purchase price or contractual details. As DBAG and DBAG Fund VII continue to see good development opportunities for blikk, they will use a significant part of the proceeds for a re-investment of up to 15 per cent, with approximately up to three percentage points attributable to DBAG. The transaction is expected to close in the current quarter, subject to customary regulatory approvals.

The disposal proceeds realised by DBAG markedly exceed the valuation of the investment in DBAG’s most recent interim financial statements in accordance with IFRS (as at 31 March 2021). The additional, unexpected value contribution of approximately 26 million euros will increase net asset value of Private Equity Investments as well as net income.

This value contribution was not included in the forecast for net asset value of Private Equity Investments as at 30 September 2021 and consolidated net income for the 2020/2021 financial year, as most recently affirmed on 12 May 2021. DBAG’s most recent forecast for net asset value as at 30 September 2021 was in a range of 450 to 505 million euros, excluding the net proceeds from the capital increase; net income for the financial year 2020/2021 was projected in a range between 70 and 80 million euros. DBAG is currently in the process of compiling its quarterly statement as at 30 June 2021, which will incorporate the unplanned value contribution from the transaction. Both indicators referred to above may be subject to further positive or negative effects from the valuation of the remaining portfolio companies as at the reporting date of 30 June 2021, as well as to other insights gained during preparation of the quarterly statement.

First disposal from the DBAG Fund VII portfolio
The disposal of the investment in the blikk group is the first disposal of a management buyout (MBO) from DBAG Fund VII’s portfolio. The fund, whose investment period is still ongoing, structured ten MBOs between 2017 and 2021. DBAG Fund VII was DBAG’s first so-called top-up fund, allowing for up to 200 million euros in equity being invested into a single transaction, more than twice the amount usually targeted. 105.7 million euros was invested in blikk Group, partly funded by the top-up fund. 18.7 million euros came from DBAG, which has been holding a stake in blikk of around 11 per cent on a look-through basis. The radiology group’s MBO was agreed in March 2017. Owing to a complex approval process, however, it did not take effect until May 2019.

The blikk radiology group (www.blikk.de) comprises numerous radiology and nuclear medical service centres, with close to 30 locations, as well as a hospital. The regional focus of the blikk group lies in the German federal state of North Rhine-Westphalia (cities of Bochum, Herne and Unna) and the German capital, Berlin. Around 150 doctors in the group’s practices look after approximately one million patients each year – offering the entire spectrum of radiology and nuclear medical services – from conventional X-rays to mammographies, ultrasounds, fluoroscopies, angiographies and CT scans to interventional radiology as well as magnetic resonance imaging (MRI). Besides routine radiology services, thanks to its size and experience (plus the requisite medical device technology), blikk group is in a position to accommodate and take care of particularly difficult and rare cases, or patient-specific issues with specialist medical staff and experts for all areas of radiology (including neuroradiology, cardiac, oncological, rheumatological or paediatric radiology, as well as prostate imaging).

One of the leading providers of radiology services in Germany
Over the past four years, the blikk group has grown by adding further medical service centres and practices, with further acquisitions planned. Revenue for the current year is expected to reach 103 million euros – around 50 million euros more than at the start of the investment. Since then, intensive efforts have been undertaken to enhance services for patients: for instance, centralised scheduling allowed to reduce waiting times, whilst quality was further enhanced thanks to numerous medical experts. This has allowed the group to acquire many referring physicians, with a corresponding increase in patient numbers. Moreover, the group’s size facilitates attracting personnel. Selected locations were refurbished, involving significant investments. At the bottom line, blikk is seen as one of the leading providers of radiology services in Germany.

“We have demonstrated that with resources provided by a financial investor, patient services can be improved significantly in this capital-intensive medical sector”, said Tom Alzin, Member of the DBAG Board of Management. “We want to participate in the group’s further growth through our re-investment alongside the new capital provider.”

“DBAG supported us as a true partner”, said Thilo Wittkämper MD, Managing Partner of blikk group, adding: “With the additional capital to be provided for the group’s development, we will be able to further enhance the scope of medical services offered, and to improve patient care. Our corporate objectives of further enhancing quality for our patients, and to continue boosting staff satisfaction throughout blikk group, remain valid – providing the foundation for continued successful growth. In this way, we will not least be able to contribute to solving pending succession issues that many practices are facing.”