Giovanni Revoltella has known the Italian private equity market for years. As such, it was a logical step for DBAG to entrust him with establishing its Italian subsidiary. The 43-year-old executive was appointed Managing Director of DBAG Italia s.r.l. at the beginning of September. The company will open an office in Milan, where a small investment team is to structure transactions for DBAG and its funds (currently DBAG Fund VIII) going forward. 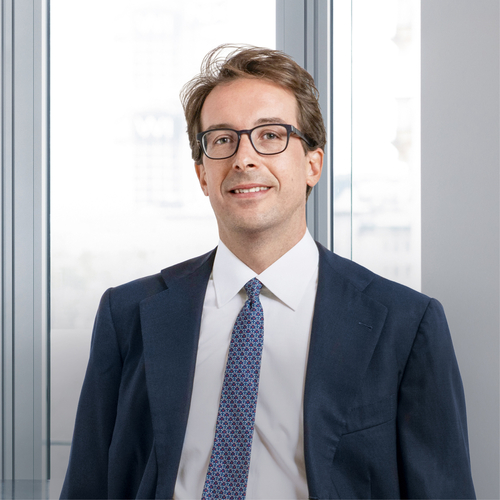 “Our aim is to achieve a similarly high level of recognition here in Italy as DBAG has in Germany,” says Sig. Revoltella. In the last few weeks he has settled in near Milan following his return from Switzerland, and is now, for example, enjoying the country’s advanced digitalisation. Only recently, a study by the European Center for Digital Competitiveness determined that Italy has climbed to second place in its rankings among the 20 most important industrialised nations and emerging market countries (G20), whilst Germany is far behind at 17th place.

This positive environment is one of the reasons why Sig. Revoltella is convinced of a positive economic development for Italy, and that the pandemic-induced slump will now be followed by growth and expansion. According to Revoltella, this is thus the right moment to invest in companies that are planning the next development step – for which they need a strong partner, DBAG for example.

Only last year, DBAG made its first direct investment in a northern Italian company; a further sizeable investment in another Italian company followed only recently. Revoltella is certain that further opportunities to invest in emerging companies aiming to expand will arise in the nearer future. He explains: “We are seeing that domestic market players are very interested in private equity.”

Giovanni Revoltella began his career in the private equity sector in 2002 at a US investment bank, and went on to hold numerous positions at European private equity companies. Most recently, he spent seven years as a partner at Capvis in the Swiss city of Zug, from where he structured investments in Italy. He is particularly experienced in the area of European mid-cap investments, where he has supported a variety of transactions. Furthermore, he is well connected within the sector – especially in Germany, Switzerland and Italy –, which provides the foundation for the search for further investments for DBAG. As Managing Director of DBAG’s Italian subsidiary, Revoltella takes over the position as a partner and is responsible for preparing investment decisions alongside the other leading members of the DBAG investment team.

He has known the DBAG team for a while, from earlier cooperations, which helped his decision-making process when he received the job proposal. He did not need long to think about the offer of establishing a subsidiary for DBAG in his home market. “I had a good feeling right from the start. After all, DBAG’s investment focus is in line with my experience. And of course, as an Italian, I am delighted to be able to search for suitable companies in my home country,” he says. Even though borders are disappearing and cultural differences are becoming less significant in a converging Europe, a common language and origin are certainly helpful to realise worthwhile transactions in the Italian mid-market segment. He finds the opportunity to establish his own investment unit for DBAG’s expansion – over and beyond the existing border, the Germany, Austria and Switzerland region – particularly appealing. He also sees good prospects for future investments made via a cross-country German/Italian partnership – exploiting growth opportunities in new markets.

According to Revoltella, the focus in Italy will be on investments in industrial firms with B2B business models, i.e. investments in DBAG’s core sectors. “We are interested in market-leading niche providers. We see the greatest potential here,” he explains.

In his free time, Giovanni Revoltella enjoys riding his race bike and participating in endurance sport events. The perseverance necessary for these pursuits will also help him in his future endeavours.