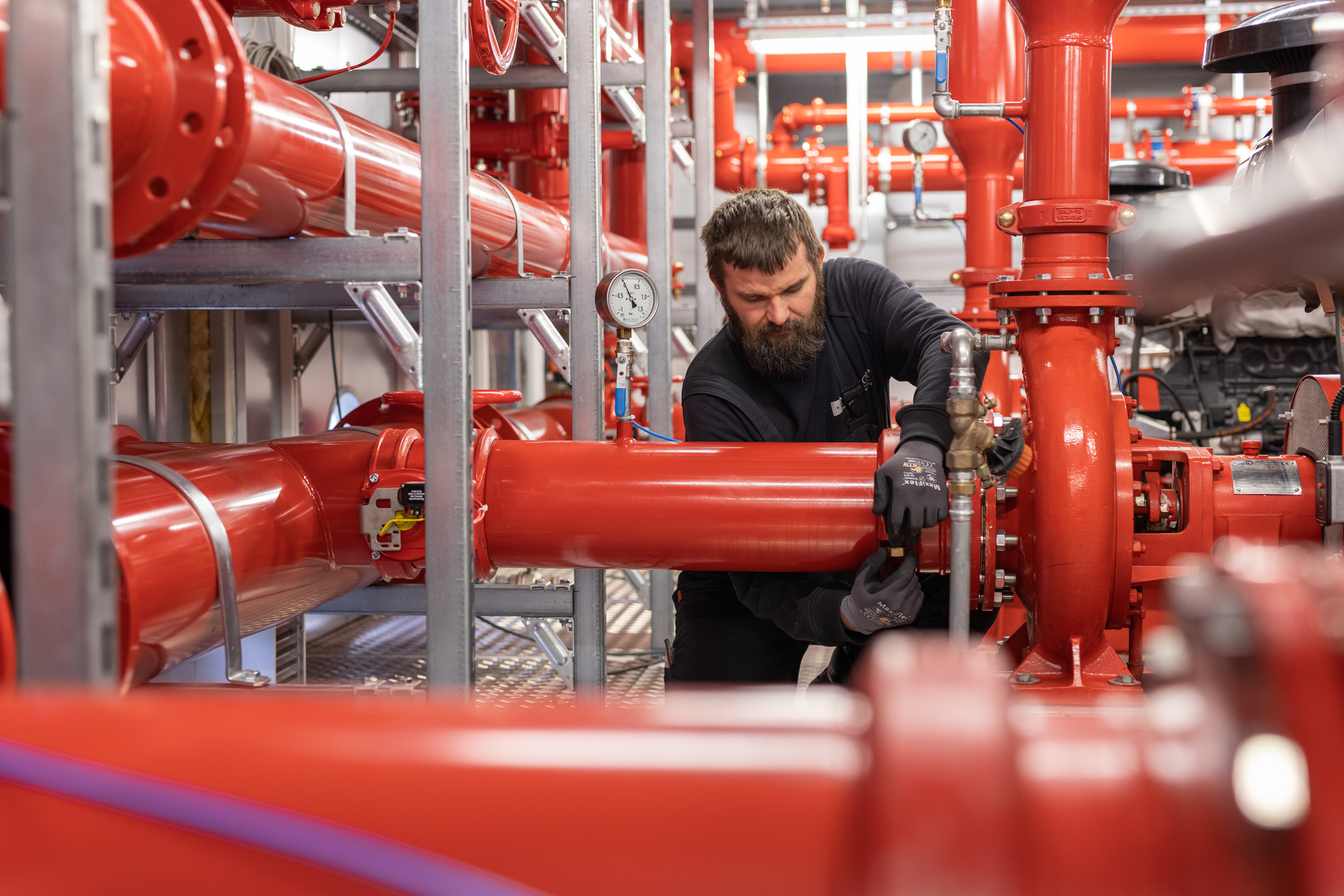 of its revenues are generated in Germany

Fire protection is an attractive market, already two years ago we entered this market and could now contribute our experience.

Multimon usually plans turnkey fire protection systems. In other words, it delivers everything from a single source – from planning to installation and right through commissioning. The systems are installed predominantly in high-rise buildings, shopping centres, warehouses, production plants, logistics centres, underground car parks, or listed buildings. They comprise fire alarm systems and other fire extinguishing equipment such as sprinkler systems and systems using water mist, gas or foam to fight fires. Multimon belongs to the providers that can offer all material systems. Most of the system components are not produced inhouse but are procured from other manufacturers instead. The company’s key know-how lies in the efficient conception, installation and maintenance of the systems, in line with existing regulations. Fire protection regulations are becoming tighter; previously installed systems must be maintained regularly and retrofitted if necessary. Multimon is extensively certified and sets tested and confirmed standards for the safety of its customers.

The company, which has its headquarters in Kirchheim near Munich, was established in 1982. It now has seven locations in Germany and a further eight in Eastern Europe. The company generates just under 70 per cent of its revenues in Germany; Poland is its most important international market, accounting for a further 20 per cent.

The strong market position and the prospect of attractive organic and inorganic growth have convinced DBAG to invest in Multimon. As the number of installed systems increases, there will also be further growth in the attractive service revenues.

Malte Hinz joined Deutsche Beteiligungs AG in 2013 and became a Managing Director in 2019.