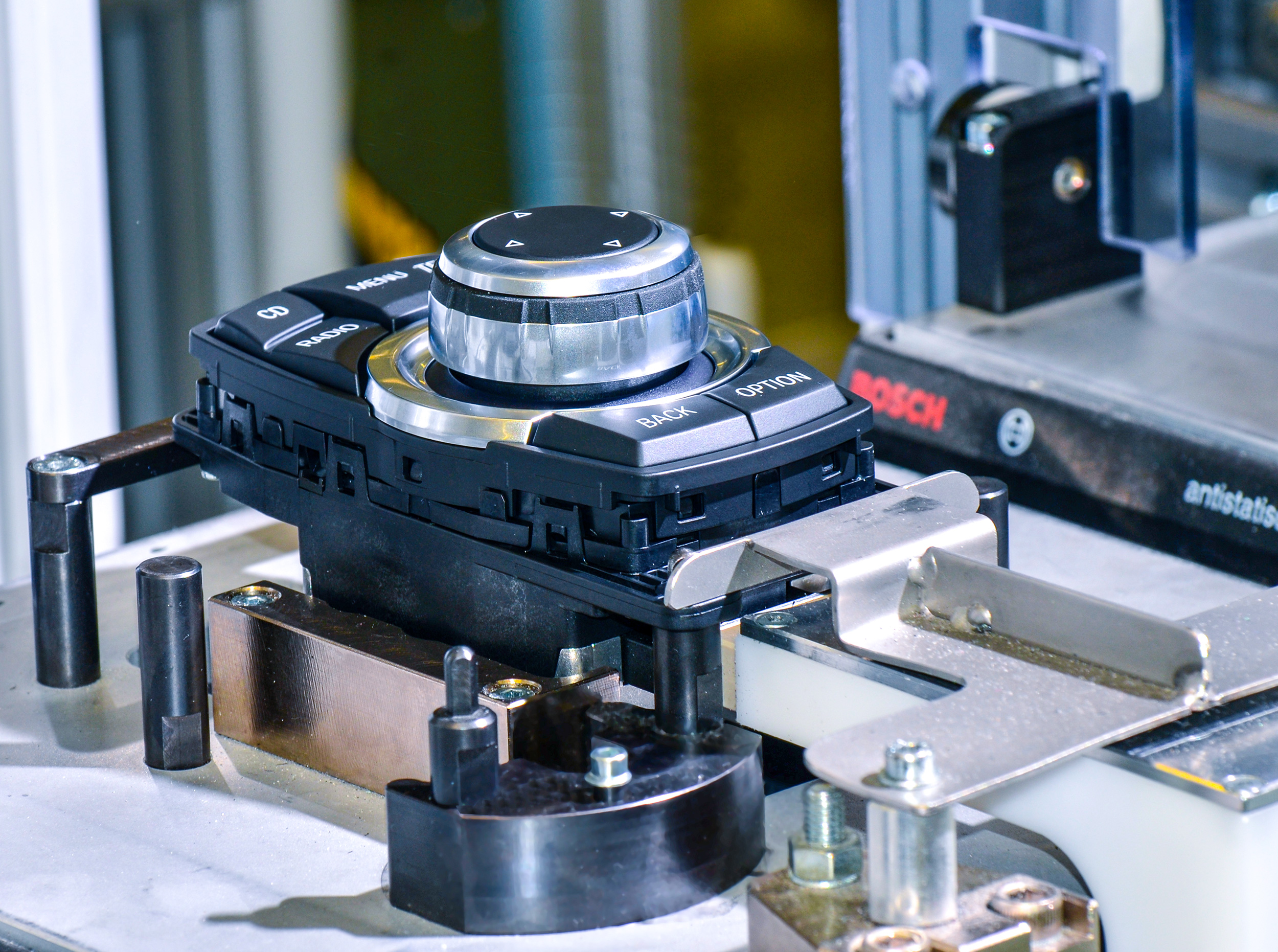 Internationalisation: share of international revenues increased from 30 to 50 percent

PREH GMBH: ROAD TO SUCCESS FOR A GLOBAL PLAYER IN AUTOMOTIVE ELECTRONICS

Complex electronics are playing an ever greater role in road vehicles: today, new mid-segment cars contain more than 20 control units; upper-segment models can have up to 80. And whether they are located in the centre console, steering wheel or air conditioning unit, in passenger cars, commercial vehicles or motorbikes, Preh GmbH makes innovative driver operating elements and control systems for a wide range of vehicle classes and types.

Preh GmbH develops and manufactures mechatronic solutions for high-quality operating and control systems used in automotive and industrial electronics. As a development partner and systems supplier to recognised carmakers, the company, rooted in Bad Neustadt an der Saale, Germany, had long been one of the leading providers of driver control and sensor systems. Its products were built into numerous European car models. DBAG saw considerable potential in Preh GmbH and, together with DBAG Fund IV, invested in the company in a management buyout in 2003.

The strongly growing market for automotive electronics offered outstanding opportunities for Preh. The increasing importance of interiors, infotainment systems and electronics in vehicles boosted global demand for high-quality components. Close relationships to major German original equipment manufacturers (OEMs) provided the company with a solid basis for expansion. The next milestones in Preh’s development were therefore internationalisation and the deepening of its customer relations, particularly in the United States. In addition, the aim was to broaden the product range by scaling existing technologies. The strategy was for the company to utilise its electronics and design expertise to develop and roll out more product innovations.

During DBAG’s nearly ten-year investment period, Preh developed into a successful, internationally operating company with a stronger focus on the automotive business. The company quickly took its first step to enter the North American market: in 2003, a sales office opened in Detroit and, two years later, a production facility was established in Monterrey, Mexico. In 2008, Preh Romania S.R.L was incorporated and a production site in Romania opened. Since January 2009, Preh has also had a sales office in Shanghai, China.

Preh devoted considerable resources to new product groups in the past years, expanding its position as a development partner to carmakers. Preh provided the central driver control units, many in their third model generation, for major models manufactured by Audi and BMW. During DBAG’s investment, several high-profile companies, including General Motors, Ford, Chrysler and Porsche, were added to the roster of Preh’s customers.

The focus on the automotive sector consequently led to two divisions, PrehKeyTec (data input solutions and keyboards) and PrehTronics (electronic manufacturing services, EMS) being turned into independent companies in 2007. PrehTronics was sold in 2008.

In 2010, Preh GmbH established a joint venture with Joyson, a private automotive supplier based in Ningbo, China, who is now Preh’s majority owner. The objective of the joint venture was to make it possible to develop, produce and market Preh products in Asia. Joyson and Preh came to know and respect each other – the companies have roots in different geographic regions and complement each other perfectly. With that, the ideal platform for the majority takeover was laid.

Preh’s strategic development is documented by its financials: in 2010, Preh GmbH generated revenues of 343 million euros from its automotive business – more than twice the amount generated at the time of DBAG’s entry in 2003. That equates to average annual growth of 10.6 percent. From 2003 to 2011, the number of employees rose by about 50 percent to 2,500, of whom 1,200 were located at the company’s headquarters in Bad Neustadt.

In 2011, DBAG divested the majority of its holding in Preh GmbH to Ningbo Joyson Investment Holding Co., Ltd. The Joyson Group initially acquired a 74.9 percent interest; DBAG, the other investors and Preh’s management retained a share of 25.1 percent. “Preh has proved to be a successful investment for DBAG. At the same time, we have laid a foundation offering outstanding value-creation opportunities for the new owners and, not least, for the company itself,” said Dr Rolf Scheffels, Member of the DBAG Board of Management, commenting on the Preh divestment.

Higher revenues, improved earnings, a strengthened competitive position and good prospects – those were the premises on which Preh GmbH started the next chapter of its success story following the partial divestment. DBAG’s remaining shares were acquired by Ningbo Joyson in 2012.

Today, Preh GmbH is a global player in the automotive electronics market and a key innovation driver within the China-based Joyson group. More than 4,900 employees work for the company in Germany, Portugal, the US, Mexico, Romania and China. The product range encompasses climate control and driver operating systems, sensors, control units and assembly lines for high-profile automobile manufacturers. In 2015, Preh GmbH generated revenues of 763 million euros.