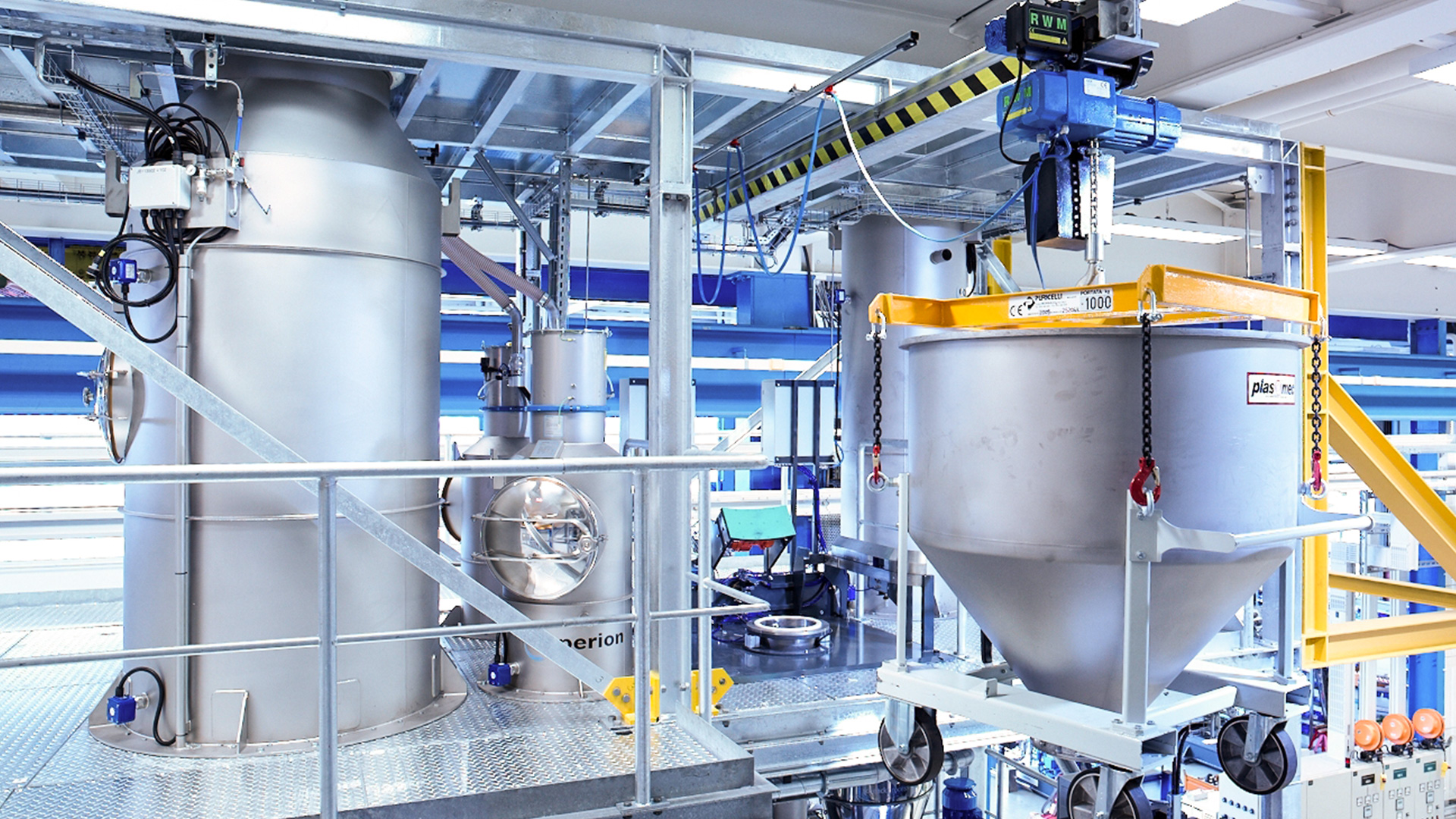 ACHIEVEMENTS TO DURING DBAG’s INVESTMENT

The service business expanded to 25 percent of total revenues

New customer segments were entered into in the food, chemical and pharmaceutical industries

Over its nearly 140-year history, this mechanical engineering company, headquartered in Stuttgart, has specialised in developing, manufacturing and marketing bulk materials conveyor systems and machines for the production and processing of plastics, chemicals and food. Its core competences are compounding and extrusion, or the mixing and shaping of various materials under changing pressures and temperatures, as well as technologies for conveying bulk materials in powder and granular form. Coperion was already a global market leader in these areas when DBAG invested in the company alongside DBAG Fund V in a management buyout (MBO) in 2007. The company was previously owned by British financial investor Lyceum Capital. Coperion’s technological expertise was in particularly high demand among manufacturers of plastic products that require customised solutions for dosing, melting or mixing basic materials. At the time of the MBO, Coperion had already installed compounding machines in numerous countries around the globe, and it had a number of international sales and service sites.

Thanks to its technological expertise and good reputation, Coperion had achieved a leading position in 2007 in the segments it served. However, as a mechanical and plant engineering company, it was dependent on cyclical trends in its consumer markets. That became particularly evident during the global economic crisis of 2008/2009, when orders in the new machine business dropped by up to 90 percent. Considerable potential for Coperion’s future development therefore was not only innate in a corporate reorganisation and the improvement of internal processes. Key responses were also the expansion of the service business, which is generally less susceptible to cyclical swings than machine production, and the tapping of new markets – including those outside the plastics industry.

In sum, Coperion was confronted with three major challenges:

During DBAG’s five-year holding period, Coperion made very good progress, despite intermittent negative influences from the global economic crisis. The share of revenue generated by the service business increased to 25 percent after the company established new international sales sites, among other measures. Coperion also succeeded in entering new sales segments, acquiring clients in the food, chemical and pharmaceutical industries, thereby broadening its customer base. In addition, it transferred its extensive know-how from traditional markets to other regions, as demonstrated by its strong growth in markets such as China, India and the Near and Middle East. Two smaller companies that Coperion acquired in 2012 were effectively complementary additions to the product portfolio.

Not least, Coperion invested heavily in optimising internal value-creation processes at its Stuttgart site, which made production procedures there significantly more efficient.

The action taken paid off: in 2012 Coperion generated revenues of 532 million euros, compared with 480 million euros in 2007. Within a short period of time, the company succeeded in overcoming the global economic crisis. In the period from 2009 to 2010, the crisis had caused revenues and earnings to drop considerably.

The good progress Coperion had made attracted the interest of strategic buyers in 2012. At year-end, DBAG and DBAG Fund V sold their shares to US-based industrial group Hillenbrand, Inc. The two companies’ product portfolios and international presence are an excellent fit and give Coperion an ideal basis to continue its positive development. Commenting on the transaction, Günter Bachmann, Coperion’s CEO at that time, spoke of Hillenbrand as being “the perfect buyer”.

The investment in Coperion was also a success for DBAG: in financial year 2011/2012, the disposal resulted in an income contribution of more than ten million euros.

At Hillenbrand, a corporation that is broadly positioned internationally, Coperion became part of the Process Equipment Group, which generated about 63 percent of Hillenbrand’s revenues in 2016. Coperion has also continued to develop positively since 2012 as a subsidiary within the Hillenbrand group. From 2012 to 2017, its global workforce grew by 25 percent to 2,500.

Coperion is the global market and technology leader in compounding and extrusion machinery, bulk materials conveyor systems and related services. The group develops, manufactures and provides maintenance for plants, machines and components for the plastics, chemical, pharmaceutical, food and minerals industries. Coperion employs a workforce of 2,500 worldwide. It has four divisions – Compounding & Extrusion, Equipment & Systems, Materials Handling and Service – at 40 production, sales and service locations around the globe. Coperion has been part of US-based industrial group Hillenbrand, Inc. since October 2012.