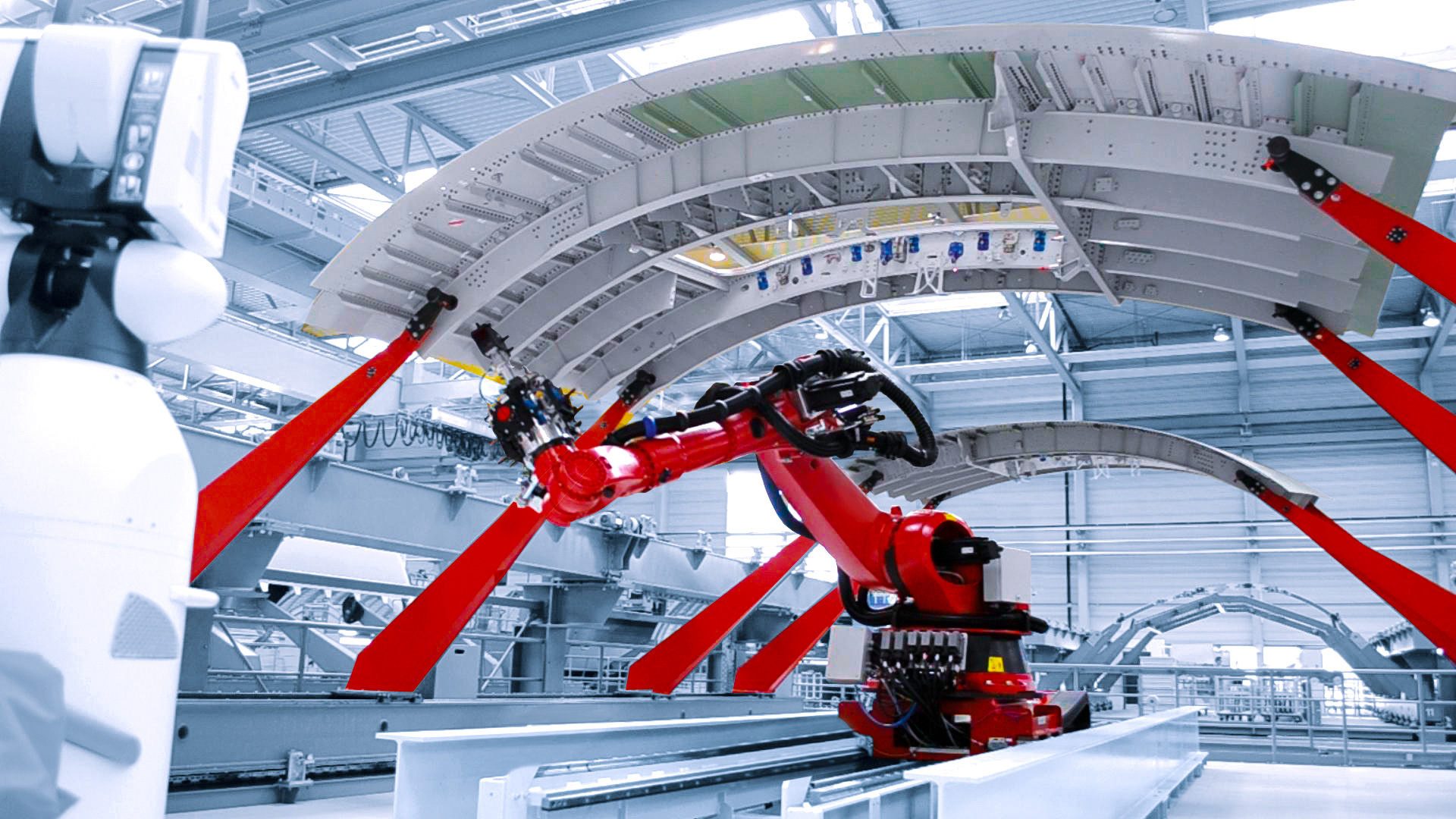 ACHIEVEMENTS TO DURING DBAG’s INVESTMENT

BROETJE-AUTOMATION: ON COURSE FOR INTERNATIONAL GROWTH WITH AN OPTIMISED BUSINESS MODEL

Anyone who has sat in a passenger aircraft at an altitude of 10,000 metres will appreciate the technical expertise of Broetje-Automation. Because an airplane is held together by hundreds of thousands of rivets, which have to withstand extreme pressure at this altitude. Most of the robots and plants used to insert these rivets precisely to a hundredth of a millimetre on fuselage shells, tailplanes and wings are made by Broetje-Automation.

The company with headquarters in Rastede, Lower Saxony, Germany, is specialised in the development and production of fully automated riveting plants for assembling airplanes and helicopters. Broetje-Automation was already the world leader in this market when DBAG became a majority shareholder in 2012 together with DBAG Fund V in the course of a management buy-out (MBO). As well as riveting plants for aircraft construction, Broetje-Automation develops automation solutions for other connection technologies, for example for plastic parts. Based on its expertise gained over many years in numerous customer projects, the company has developed the capability to plan and construct complete turnkey production lines with both its own machines and third-party products.

Despite its solid background, rapid changes in the aerospace industry forced Broetje-Automation to look for new answers to market requirements. According to forecasts, more than 34,000 airplanes will be needed by 2033. That means making 30,000 new jets, increasingly in local production. China, Russia and India are currently establishing their own aircraft industries, resulting in fast growing demand for production lines. This posed major challenges for Broetje-Automation in three areas:

Before the MBO in 2012, Broetje-Automation was a comparatively small entity in a family-owned corporation, accounting for just three percent of the group's three-and-a-half billion euros in revenue. However, its new owners Deutsche Beteiligungs AG and DBAG Fund V made Broetje-Automation part of the strategic core business. As a result, it was possible to expand the range of products and services much faster, also by growing externally. Until its disposal in August 2016, Broetje-Automation had successfully concluded four acquisitions. The purchase of the aircraft assembly technology section of the Dürr group at the end of 2014 was particularly important: It enabled Broetje-Automation to gain valuable technical know-how for positioning and measuring components, for example, and was a decisive step on its way to becoming a full-range supplier.

The new headquarters, which the company moved into in 2015, close to the two original production sites in Rastede, has also grown. Investments in production capacity have improved conditions for final assembly, which can now be adapted to orders faster and more flexibly.

Further internationalising the customer base is another element of Broetje- Automation’s growth strategy. The company has opened its own sales subsidiary in China and is focusing on other fast-growing emerging economies.

The company’s successful development is also reflected in the figures: In the around four and a half years of the investment, revenue more than doubled to around 195 million euros. The share of revenue from the service business increased from around ten to well over 20 percent. Finally, the growth strategy resulted in an increase in jobs. The workforce has since grown from 450 employees at the beginning of the investment to around 850 members of staff.

In 2016, after an extremely successful development and with a considerably improved strategic position, Broetje-Automation was ready for the next milestone in its history: disposal to a strategic buyer. Shanghai Electric Group (SEC) with headquarters in China offers Broetje-Automation even better access to China’s growth market and therefore excellent conditions for its future success. At the same time, the sale provides DBAG with a return that is well above its usual expectations.

Bernd Schröder, Managing Director of Broetje-Automation, considers the conglomerate SEC, which is listed on the stock exchange, an ideal partner for the company to support its independent growth in the key markets of Europe, the US, Japan, Russia, and above all China. SEC has already entered into partnerships with German companies, such as Siemens and pump manufacturer KSB. The new Chinese owner has also shown its appreciation of its new subsidiary: It aims to make Broetje-Automation a lead company in its newly founded SEC Aerospace Automation division.

Broetje-Automation is a leading global expert for production processes in the aerospace industry. The company operates worldwide with subsidiaries in the US and China as well as several sales and service centres in America, Asia and Europe.

In the 2015/2016 financial year (30 September), Broetje-Automation generated more than 195 million euros in revenues with around 850 employees. Since October 2016, the company has been part of the Chinese Shanghai Electric Group (SEC), where it forms the core of the Aerospace Automation division.